By william on May 28, 2013 in Architectural Photography

Henry Moore’s arch sculpture was originally presented to the Nation and erected in Kensington Gardens in 1980 following his 80th Birthday exhibition at the nearby Serpentine Gallery.

The sculpture is assembled from 7 Italian travertine stones weighing a total of 37 tonnes.

In 1996, the stones making up the arch had suffered from the effects of the wet and cold British climate and had become structurally unstable, so for safety reasons it was dismantled and placed in storage.

Over the years The Royal Parks and The Henry Moore Foundation worked closely on plans to restore the sculpture to its former glory, and with the help of new engineering technology and skilled stonemasons they developed a plan to reassemble the arch in its original location.

The specialist contractor PAYE appointed me to record the restoration work which included stone repair works, drilling and trial assembly in their yard in Dartford as well as the final assembly work in Kensington Gardens. Working with Grow. I provided a combination of stills record photographs and time-lapse video of the whole project project.

To learn more about Henry Moore, go to the Artsy’s Henry Moore page by clicking HERE 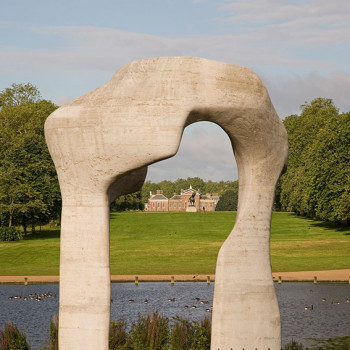 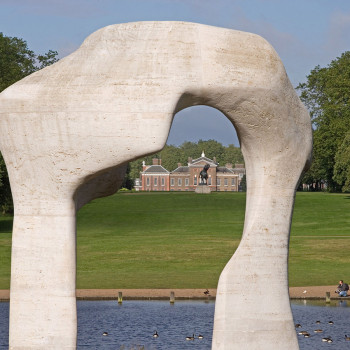 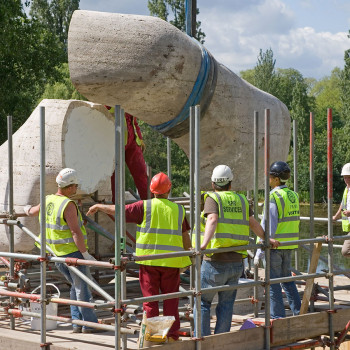 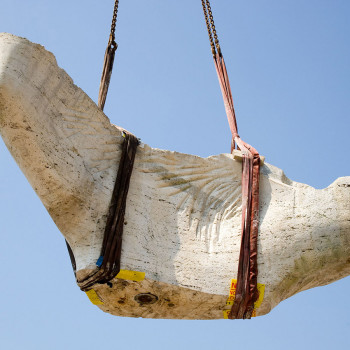 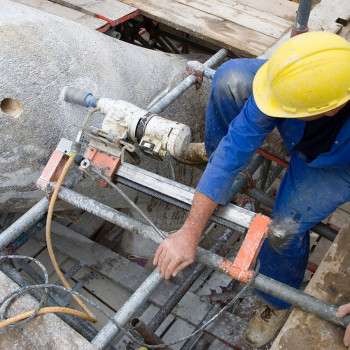 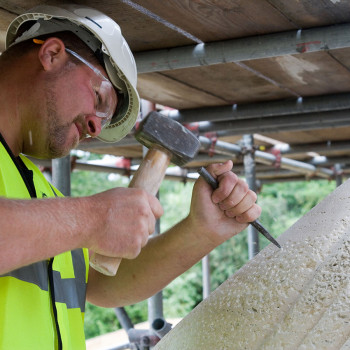 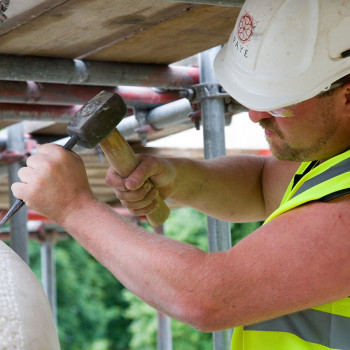 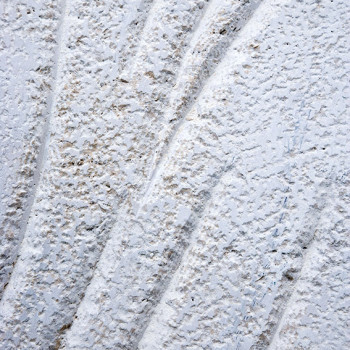